Games Artist – Who Are They And What Do They Do?

League of Legends is a very popular multiplayer online battle arena (MOBA) video game that is played daily by more than 27 million players across the globe. The game has an active monthly player base of about 80 million. Moreover, because of its popularity, many opt to buy League of Legends accounts as they offer level 30 accounts allowing players to better enjoy and experience the game.

But what makes a video game appealing, interesting and exciting?

Apart from playability, the appearance of a video game is a weighty and fundamental element in its success. Many video games today are designed to appear realistic as possible whereas others go for a more conventional look. It is the job of a video game artist to model as well as texture all characters and objects in the game to arrive at the desired outcome and effect. 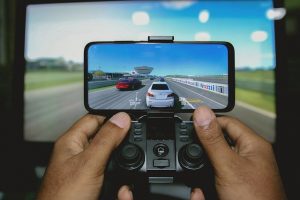 Games Artist – Who are they and what do they do?

A game artist is responsible for creating 2D and/or 3D art for the video games’ visual elements, like game characters, background and scenery, objects, props, clothing, texture, and color. Each of these visual elements establish the appearance video game as well as the gameplay experience. Even though this profession is centered on computer graphics, many game artists, especially at the initial stages, still make use of the usual hand sketching.

Games artists, basically, are graphic artists who specialize in video games. They picture or visualize what the characters, items, and scene would look like. They then sketch out initial designs, develop these designs into configurations that fit and harmonize with the desired feel of the video game, and then transform the selected sketches into computer graphics, either in 2D or 3D.

Game artists are under the direction and supervision of a lead artist. They carry out a variety of jobs having differentiated responsibilities as well as techniques: