Art Styles That Will Always Be Popular 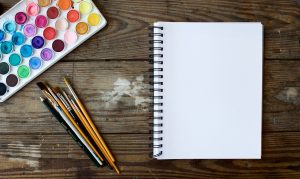 When it comes to art, we know what we like and dislike. When we walk through an art gallery, we recognize the pieces that challenge us. These are the ones we frequently look at the longest. We may not like them, but they capture our attention and make us think. They are valuable.

Abstract
Let’s start with the most difficult! If you’re a literal person, abstract paintings can be difficult to grasp because they don’t depict anything real—no person, no place, no thing. Artists create the effect by painting colors, shapes, forms, and gestural marks such as a paint stroke or even a seemingly random splash.

Modern
If you’ve ever been to the MOMA (Museum of Modern Art) in New York, you know how enthralling modern art can be. It takes more than a single day to fully appreciate everything.

Impressionist artists “incorporated new scientific research into the physics of color to achieve a more exact representation of color and tone,” according to Art Movements. It was more about the artist’s interpretation of the subject than the subject matter itself. The subjective nature of storytelling is what makes it so appealing.

Pop Culture
Pop art, which first appeared in the mid-1950s, is still so popular today that people of all ages enjoy it. It would look great in a teenager’s room, a woman’s retreat, or a man cave. It truly speaks a language that spans generations.

Pop art frequently incorporates images from popular culture and mass media, such as news, advertisements, movie stars, and comic books. It posed a challenge to fine art traditions in its early days. Pop art today is inspired by that era, and it is full of color and fun.

If you think of Pablo Picasso when you think of cubism, you’re on the right track because he and Georges Braque both started the movement in the early 1900s. Despite its abstract appearance, it is actually a realistic style.

Surrealism is a form of expression that “surpasses realism.” It takes real objects and places them in fantastical settings. It is free of both consciousness and convention. It’s as if I’m living in a dream. We always have a good time stocking our surrealism gallery with works that challenge and surprise our customers.

While’modern’ refers to a time period, contemporary is all about the present, so it’s a style that’s always changing because it’s the style of the moment. Contemporary art is essentially “the making of new art,” but it can also refer to work created in the last 6 months to a year, or even two to ten years for some art curators.